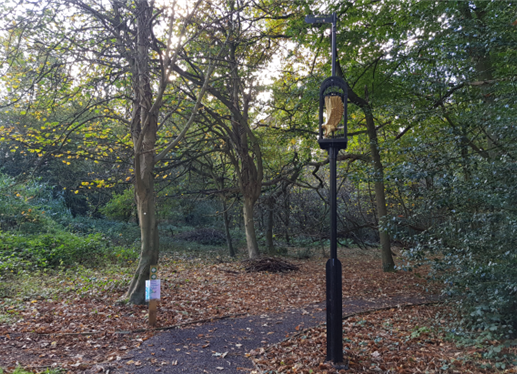 Residents have contacted us to ask about the status of the permissive paths at Bishopstoke Park. This network of paths gives everybody the chance to walk across the former historic parkland close to The Mount.  As more of us discover the paths, we were worried that the landowner could withdraw permission and close the paths in the future.

We have asked why the paths are permissive rather than full rights of way. Apparently, ecologists were concerned about potential damage to habitats here. The area is part of the River Itchen SSSI (Site of Special Scientific Interest). The original plans also proposed a new footbridge across the Itchen. This was apparently blocked by the Environment Agency, again on ecological grounds.

It seems a shame that local residents were led to believe that the retirement village would result in new rights of way and a footbridge and that the decision to change both of these projects was not publicised widely.

But the permissive paths do give access to a stunning area with tantalising glimpses of the river. Do take a walk there!