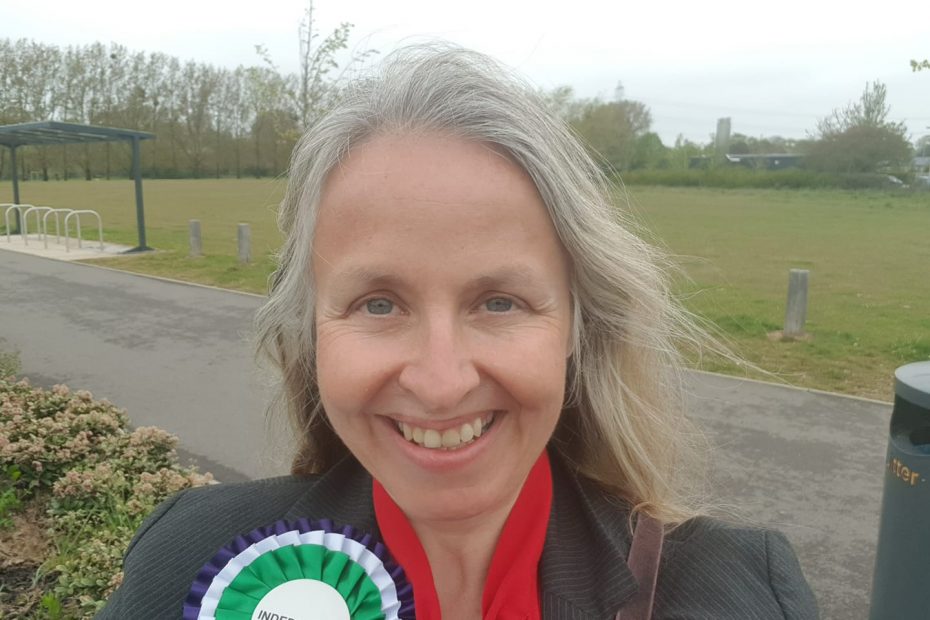 Independent Councillor Gin Tidridge has been re-elected to Eastleigh Borough Council representing Bishopstoke Ward with a majority of 759. Gin was elected initially in all-out elections in 2018 together with Cllrs Ray Dean and Lou Parker-Jones, forming the independent group. Gin was up for re-election in 2020, but the elections were postponed due to covid19.

Gin Tidridge: “Thank you so much to everybody who voted for me, to everybody who supported me. These local elections have not been easy – we did not canvas or “tell” due to concerns about covid19. Instead, we relied on just 2 leaflets, reworking our online presence and on local people very kindly putting up posters and stakeboards for us. We also opted to pause our campaign for a period after the death of the Duke of Edinburgh and for the day of his funeral.

And this makes our election success a testament to the support that the community has lent us. I hope that I can serve the community effectively, continuing as both a Borough and Parish Councillor.

Thank you – your support means world to me.”