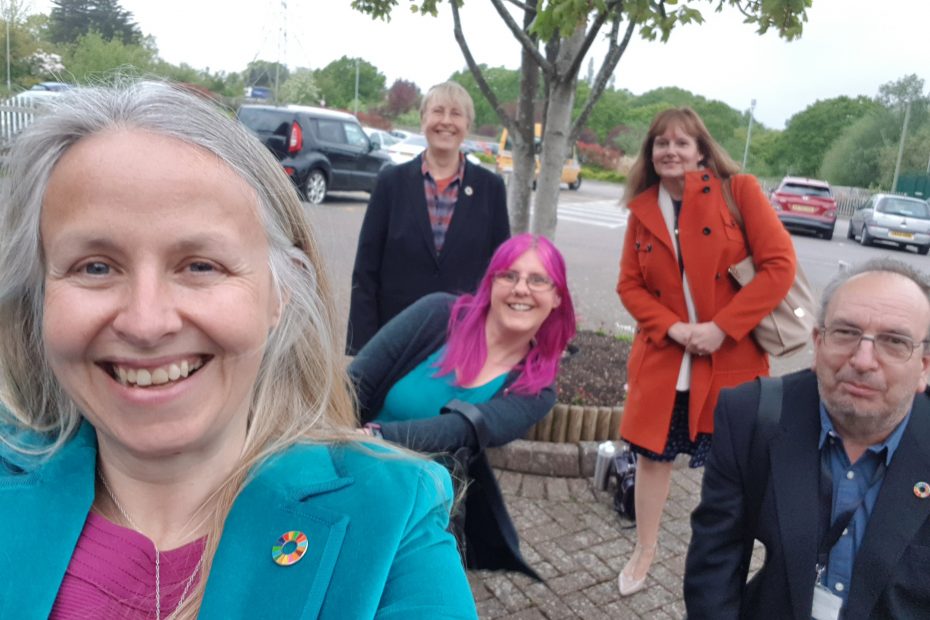 “Our group has always said that we put our communities before politics, so we are thrilled to welcome Sara and Tina. Two passionate people, who share this position. Tina and Sara – just like all Indies – are free to take and make their own decisions with no group whipping! But we shall support each other and we look forward to working together on projects which will benefit local people.” Cllr Lou Parker-Jones.

This photo was taken outside Kings Community Church after the Mayor Making full council meeting tonight.

Gin Tidridge: “I was so pleased that Bishopstoke’s Melanie Phillips has been made a Citizen of Honour. She was recognised for co-ordinating many recycling streams, all raising money for the charity Kicks Count. Mel’s also organised many litter picks and she is an Ambassador for Keep Britain Tidy.

And it was great to hear Steve Sollitt and Chris Thomas both being made Honorary Aldermen. Steve and Chris, together with Sarah Bain, Mark Balaam and Maureen Sollit, were so concerned about the ecological damage that would have arisen from the Local Plan’s proposal to build over 5,000 houses north of Bishopstoke and Fair Oak that they left the Liberal Democrat group and voted against the Local Plan in 2017. That part of the Local PLan was subsequently deleted following the Planning Inspector’s scrutiny.”

It is usual for presentations to be made at the Mayor Making council meeting and for there to be a reception afterwards, but due to covid19 restrictions, the presentations will take place at a later date.